Where in the World Challenge: Hungary

#11, Hungary: I was struggling with this a bit, I don't know much about Hungary so I really had to rely on Google searches &/or looking at what the other ladies had come up with. Mandy, from Chameleon Stampede had found out that a Hungarian physicist is responsible for the HOLOGRAPHIC method, and here I quote from Wikipedia: "The Hungarian-British physicist Dennis Gabor (Hungarian name: Gábor Dénes),[1][2] was awarded the Nobel Prize in Physics in 1971 'for his invention and development of the holographic method' "

Well, any excuse to use holographic polishes, I'm all over that! I just did a holo post a few days ago, but y'all gotta let me get away with another one so soon, pretty please?  So I grabbed a couple of my favorite holo's, Nubar Reclaim & Butter London Fishwife, and went to work. This is also my very first tape Mani  so it's exciting for me. I just recently bought some of that nail tape that I've seen a lot of other bloggers use, I found it to be a little tedious & time consuming. But since I've mainly been a freehand nail artist I wanted to at least try it out. It's not really up my ally but I'll give it a few more goes with some other color combos, so we'll see! Maybe I'll try using some regular tape & see how I like that, cause the nail tape was slightly difficult to control & tends to curl up a little making it hard to place.

Anyways, back to the Mani, I put Fishwife on as my base & Reclaim on top, it resulted in a very pretty & subtle tape Mani: 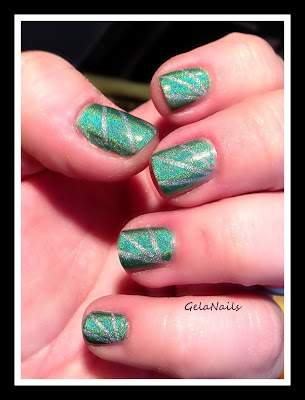 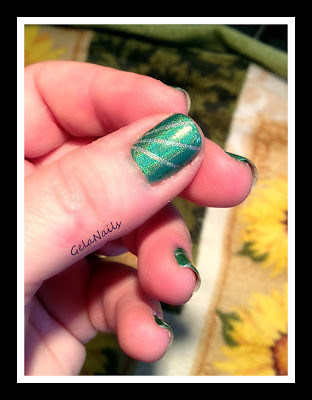 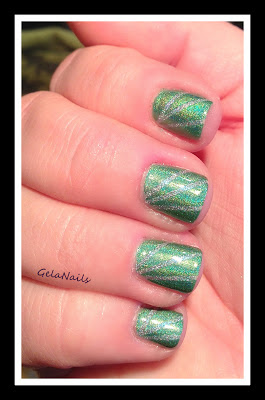 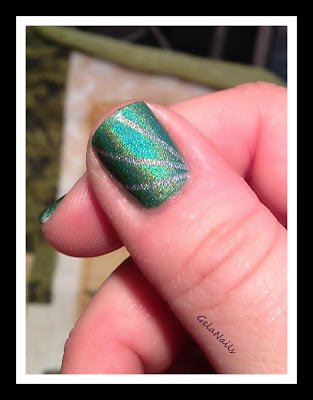 Posted by GelaNails at 2:49 PM

Email ThisBlogThis!Share to TwitterShare to FacebookShare to Pinterest
Labels: blue, green, holographic, Where in the World Challenge